2 More Questions to Ask Yourself About a 401(k) Plan

In yesterday’s blog entry we looked at the first three basic questions to ask before investing in a pre-tax 401(k) plan. Now, let’s look at the two advanced questions you should consider before making that kind of investment. 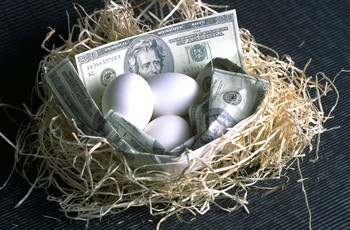 Do You Plan to Roll Your Nest Egg?

Would a 401(k) contribution get you out of AMT this year?

AMT (Alternative Minimum Tax) looks to be a serious issue for many Americans this year. I’ll be blogging about any updates on this on TaxLoopholes, so make a note to check often.

The problem with AMT is that it can be triggered by so many things: income over $100,000, long-term capital gains sales, and high state income tax are all things that can trigger the alternative tax. The problem is that many of the deductions you’re used to taking to reduce your taxes, simply don’t work with AMT. One strategy that does work this year if you own your own business (and otherwise qualify) is to put a Solo 401(k) plan in place. It can take you out of AMT harm’s way and create a perfect set-up for (5) below.

There is a fantastic loophole for the rich occurring in 2010. In 2010, you’ll be able to roll all of your pension plans into Roth accounts, without limitations. Remember a Roth account allows you to grow your investments without paying tax, ever. If you’ve got a proven track record with investments and know you’re going to make money, wouldn’t you rather make that money in a Roth account? Currently, if you make too much money, you can’t do the roll over. That’s what has kept so many people out of these great wealth-building vehicles.

In 2010, for one year only, anyone can roll. There is no limit on how much you can move over either. You’ll have to pay tax on the amount that is rolled, but the government is even going to give you two years to pay it! It’s a great deal, for the right person, and the best way to optimize it is to put as much as possible away in 2007, 2008 and 2009.

Love from our customers

In 2017, I became an Enrolled Agent(EA), considered one of America's Tax Experts. However, the one thing I learned becoming an EA is how much we don't know and being one of America's Tax Experts you have to constantly keep learning. I search everywhere for the best opportunities to learn more about business and real estate taxation. I wanted the most current and updated information so I can provide the best level of service to my clients. When I learned that Diane Kennedy had a twice a month coaching program that gives you the most updated information about the niche I service. This was a no-brainer! Twice a month I get access to one of America's top author and expert on business and real estate tax topics. If you are on the fence about signing up for coaching. You need to hop off and join!

I love, love, love your twice-monthly coaching program! You pack more info into that half hour than day-long seminars I’ve attended! I always download the home study course and the recording so I can go over it a few more times before your next coaching session– and I find that I still pick up some additional strategies then. I know how much work and research you put into each coaching session and home study course, and it does not go unnoticed. Thank you!

Thank you for your Saturday consult, Diane. It certainly cleared the muddiness in my decision re Sub S election. I learned more from you in 30 minutes than I learned from my past year with the big accounting firm that I use! I get vague answers to specific questions from them but I really felt your answers were focused, actionable, and specific. Thank you again.

Congratulations on publishing an important and wonderful book.

Wow, EXCELLENT coaching session! You packed a lot of "meat" into this 30-minute coaching call. I will be re-listening and re-reading the Home Study course numerous times for this topic. Thank you, Diane!

I am absolutely floored by Diane Kennedy's breadth of experience when it comes to the entirely too complicated US tax code! She has reduced my businesses tax bill by MILES and has actually, somehow, gotten us a refund! For the record, our international business turns over $80 million annually! She is very responsive to all of my queries and is just an absolute pleasure to work with. I really don't know what we would do without her and her team. Thank you Diane and USTaxAid!!!

Please tell Diane she is fantastic. I really enjoyed talking to her and her knowledge is amazing. It is very helpful to have her guidance.

Thank you for your great books and information.

I can take all that I learned and apply it to my business, improve efficiency and create more with less!

Diane, You have made and saved me tons of money over the last 5 years!

I have initially heard Diane's name from the podcast series called "Lifetime Cashflow Through Real Estate Investing" offered by Rod Khleif. To say Diane offered a lot of valuable tips during the podcast is an understatement! She touched upon such important and valuable topics as cost segregation, things to look for in a property inspector, write off when filing income taxes, and etc. I then went ahead and jumped on Diane's website USTaxAid.com. After reviewing just a handful of Diane's articles, I have found myself emerged into reading up and following up further on such important topics for any investor as itemizing deductions, searching for big cash-flowing properties under the new administration and much much more. I'm really excited about finding Diane's site and making a good use of her blog posts and articles. I hope other real estate investors will benefit from it as well!
Thank you Diane!

Diane, You're such a wealth of knowledge.

Thank you for writing from the heart. You challenged me today, supported my dream and helped me move forward.

Thank you for sending so much time and energy to help us little guys.

By closing this box by clicking "Accept" to read the content, you agree that you have been notified of the changes. Accept Read More
Policies
Necessary Always Enabled